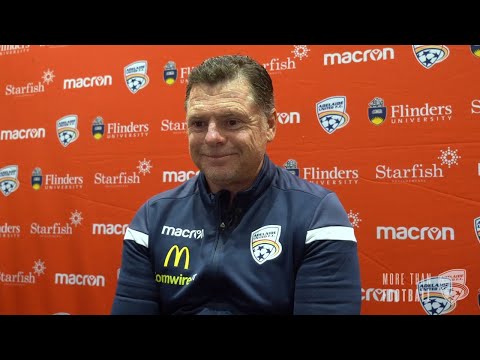 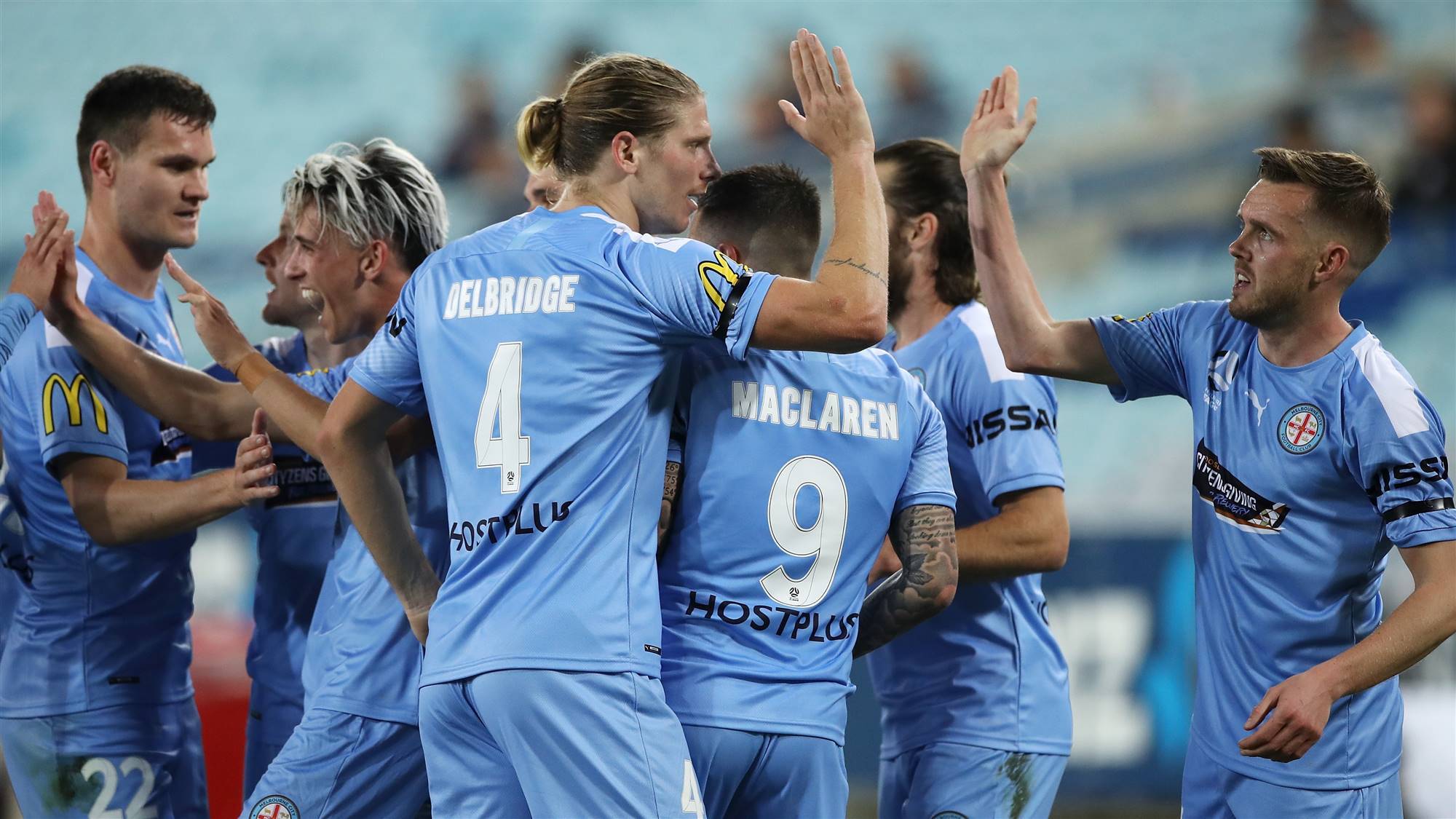 Melbourne City Erick Mombaerts is happy with how his side’s season is going so far, but insists their goals remain unachieved as they prepare to face a fast and furious Adelaide United side.
Read More
FTBL.COM.AU 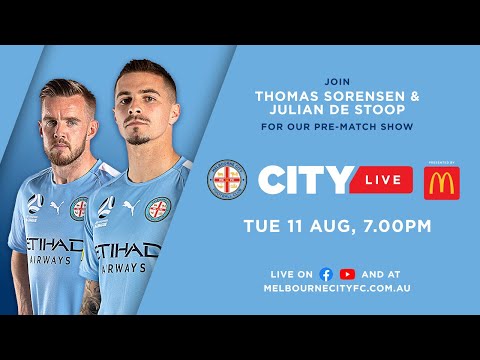 Melbourne City captain Scott Jamieson has put his pregnant partner and the impending birth of their baby first by leaving the NSW hub to return to Melbourne
Read More
SMH.COM.AU 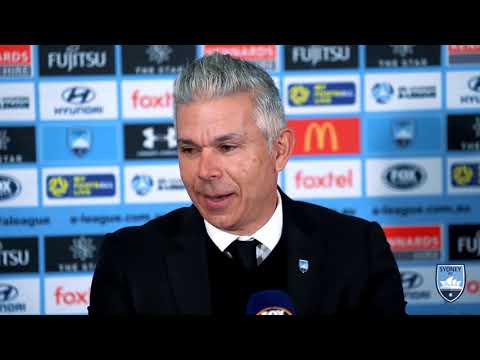 Sydney FC's championship aspirations have suffered a setback after slumping to a 2-0 loss to Melbourne City, failing to create a meaningful chance on goal.
Read More
SMH.COM.AU

City might have spent longer in lockdown than any other club, but the pace, precision and verve they displayed dispelled any notion that they had been in hibernation.
Read More
SMH.COM.AU 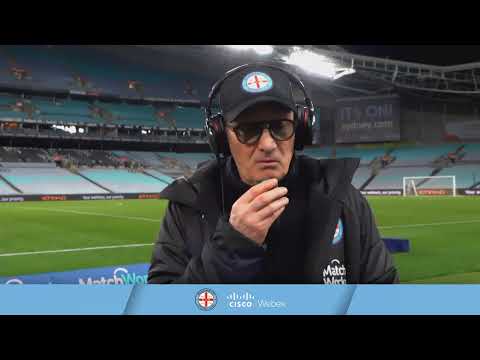 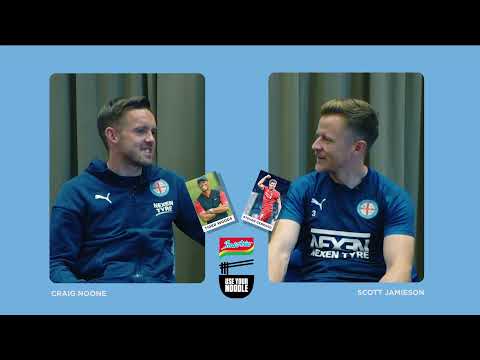 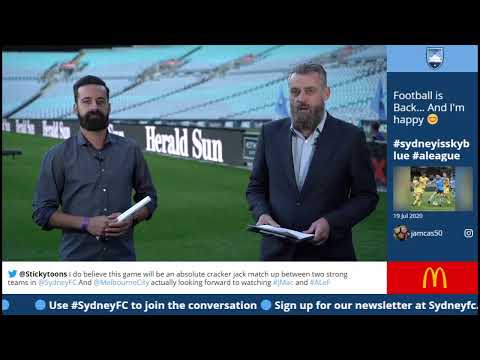 Melbourne City can move a step closer to a top-two finish if they beat premiers Sydney FC at ANZ Stadium on Saturday.
Read More
THEWORLDGAME.SBS.COM.AU

I’ve been playing around with data this week, so rather than a standard preview for Melbourne City versus Sydney FC, I’ve looked at some of the data behind each of the teams and created some data visualisations. Shots On average, Melbourne City take three more shots than Sydney per game. They shoot more from outside […]
Read More
THEROAR.COM.AU 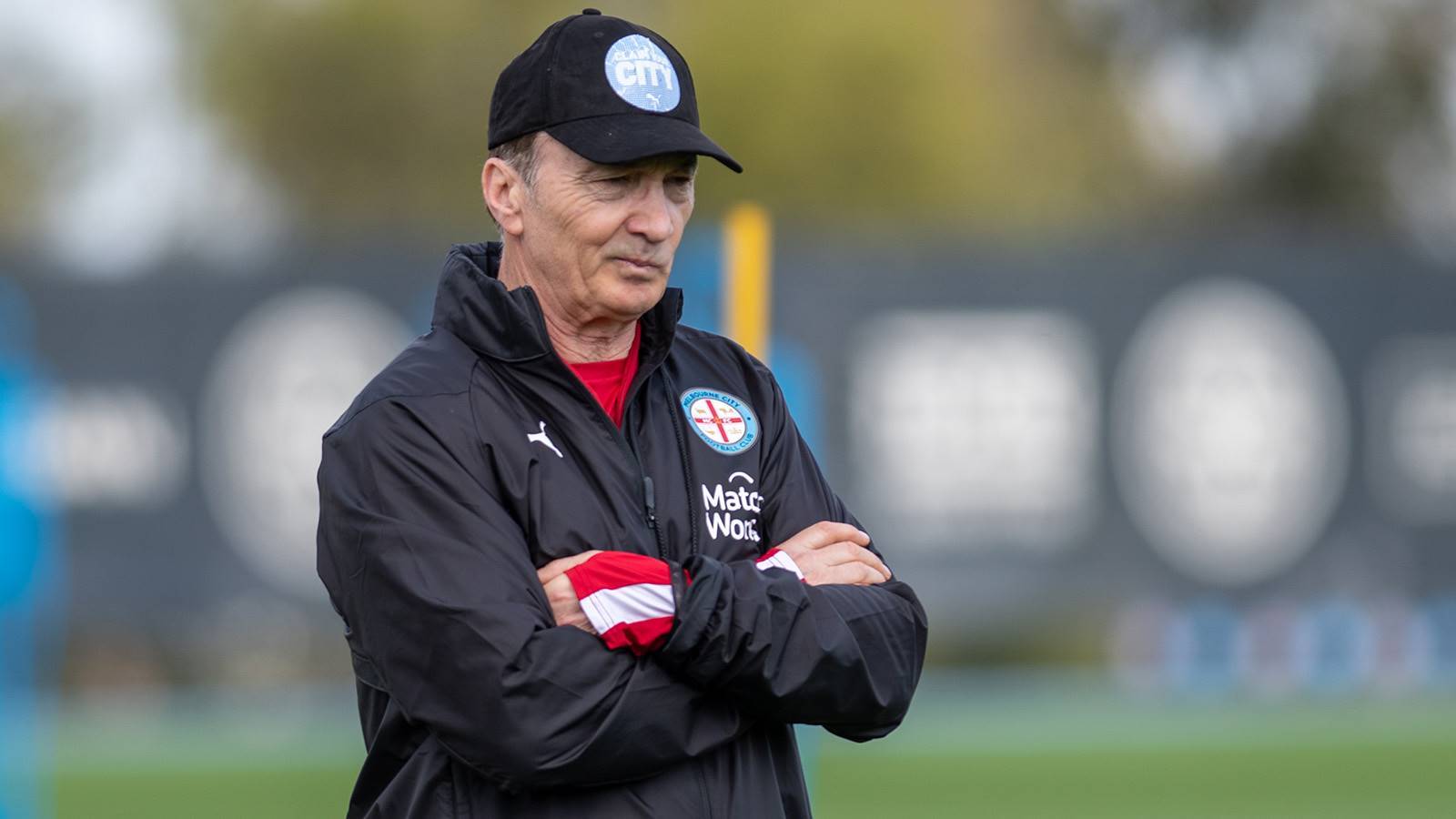 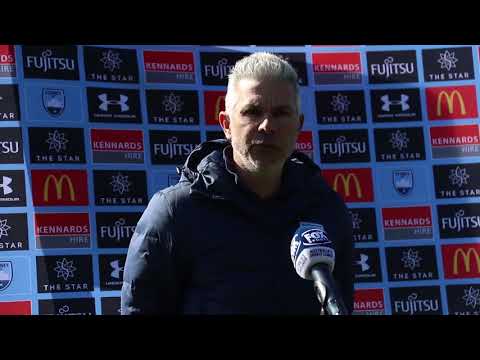 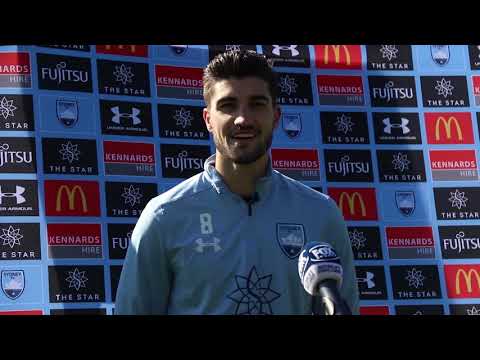 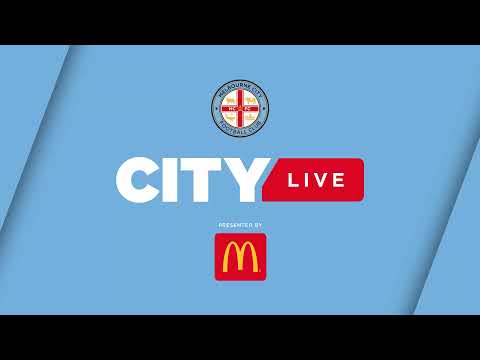 Maclaren focused on a City championship, not the golden boot 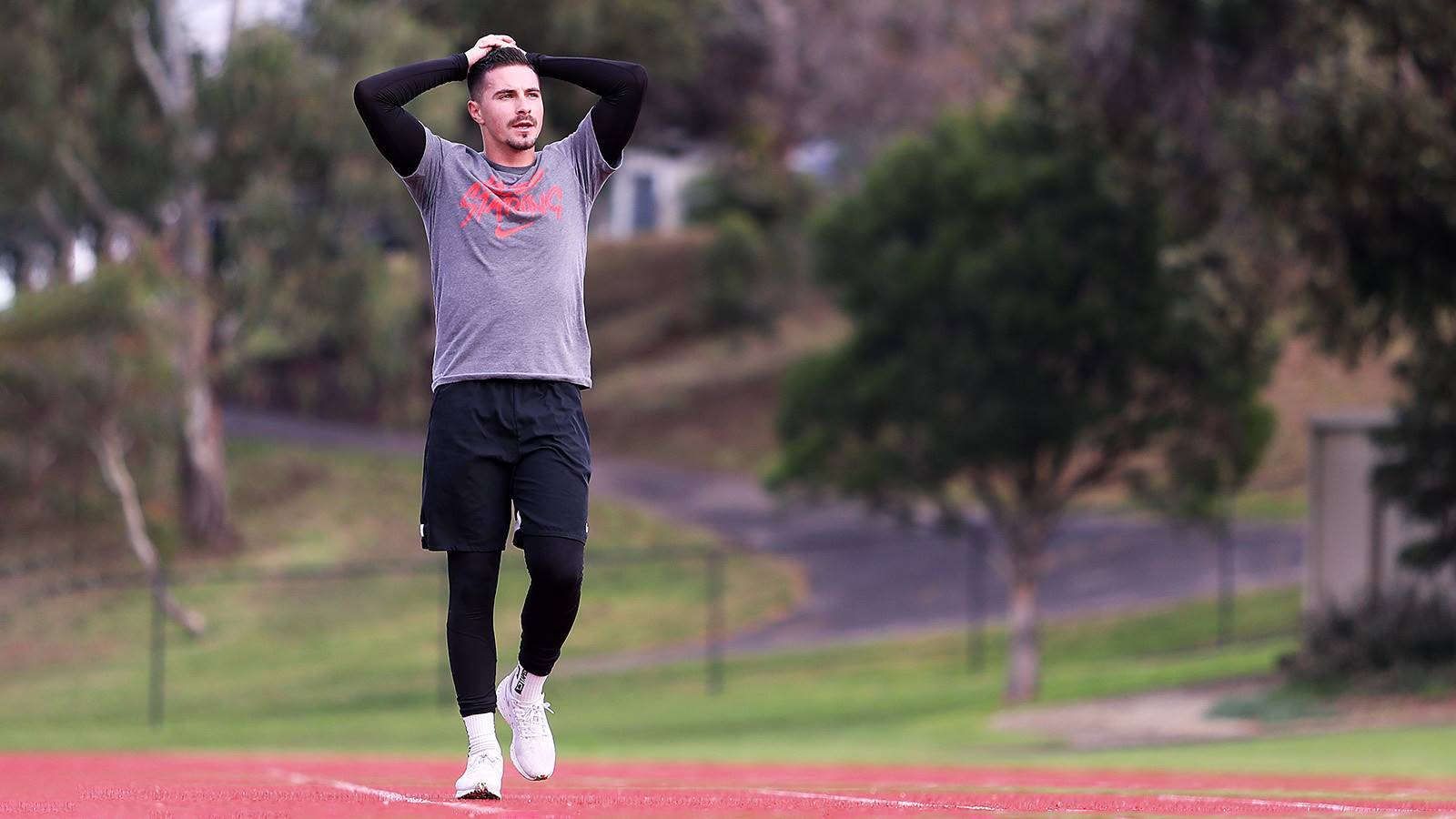 It's been a long-time between drinks for Melbourne City but with their season finally set to resume against Sydney FC on Saturday, spearhead Jamie Maclaren now wants some reward for the sacrifices the squad have made.
Read More
FTBL.COM.AU

An air of farce has gripped Melbourne City, Western United and Melbourne Victory, with 120 players and officials left grounded at Tullamarine Airport for the second night in succession after travel plans to Canberra collapsed.
Read More
THEWORLDGAME.SBS.COM.AU

Melbourne City poised to pounce on O'Neill after Brisbane exit 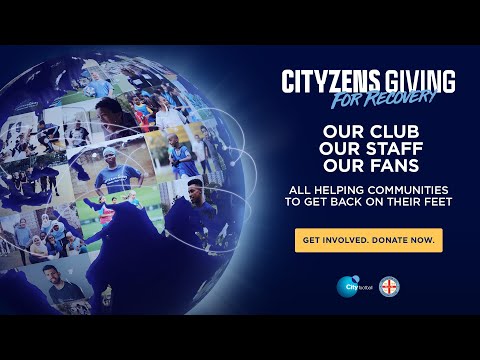 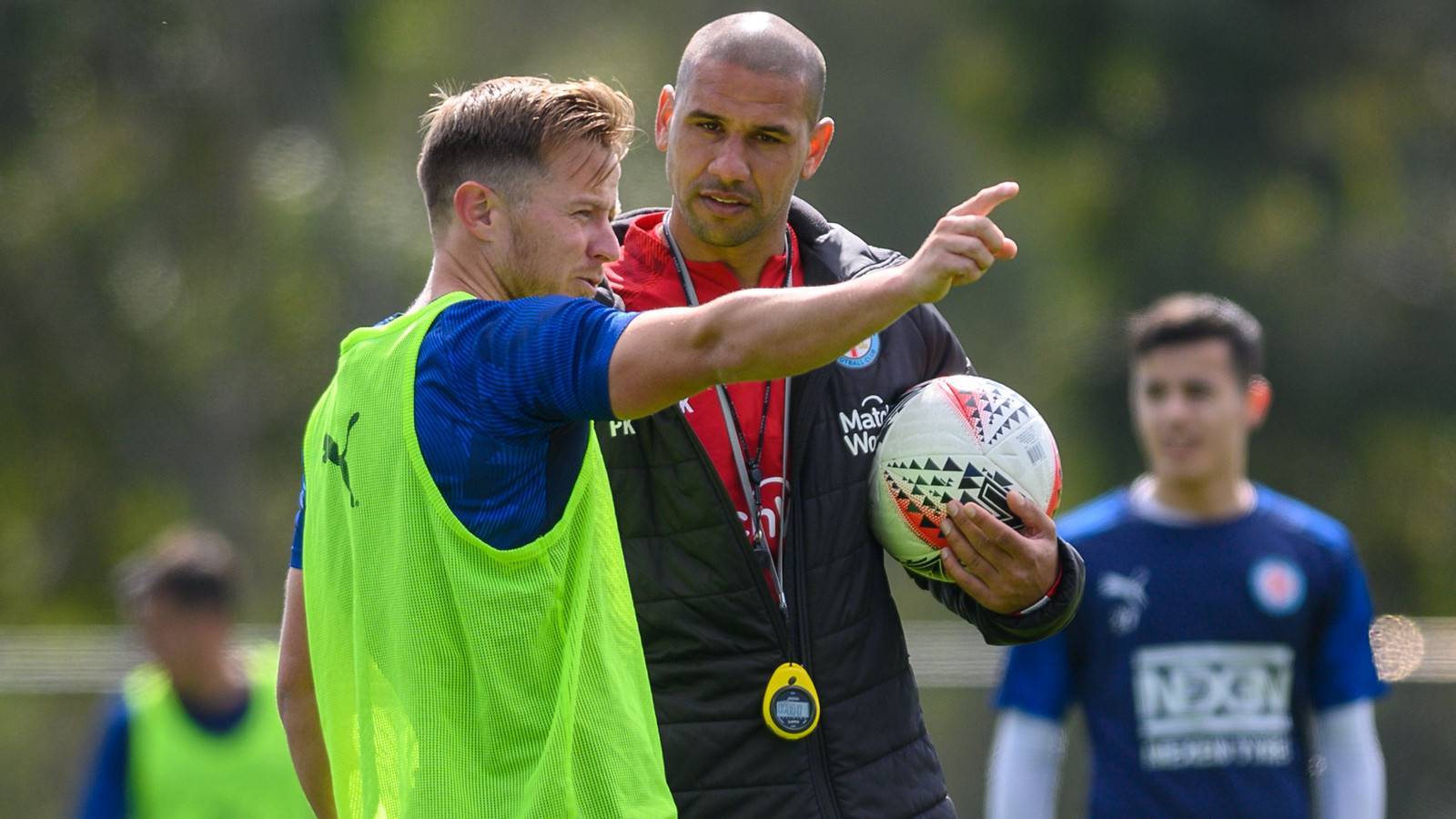 Forced to relocate in the face of Victoria's newly imposed COVID-19 restrictions, Melbourne City's Scott Jamieson remains in the dark about where he and his side will complete their remaining three regular-season matches.
Read More
FTBL.COM.AU

Berenguer minds his language while in lockdown

Western United are adamant that star Italian attacker Alessandro Diamanti is a required player for next season - even though the former Azzuri international is out of contract and has been linked with a cross-town switch to Melbourne Victory or Melbourne City.
Read More
BRISBANETIMES.COM.AU

'I haven't touched a football' - Jamieson on lockdown learning 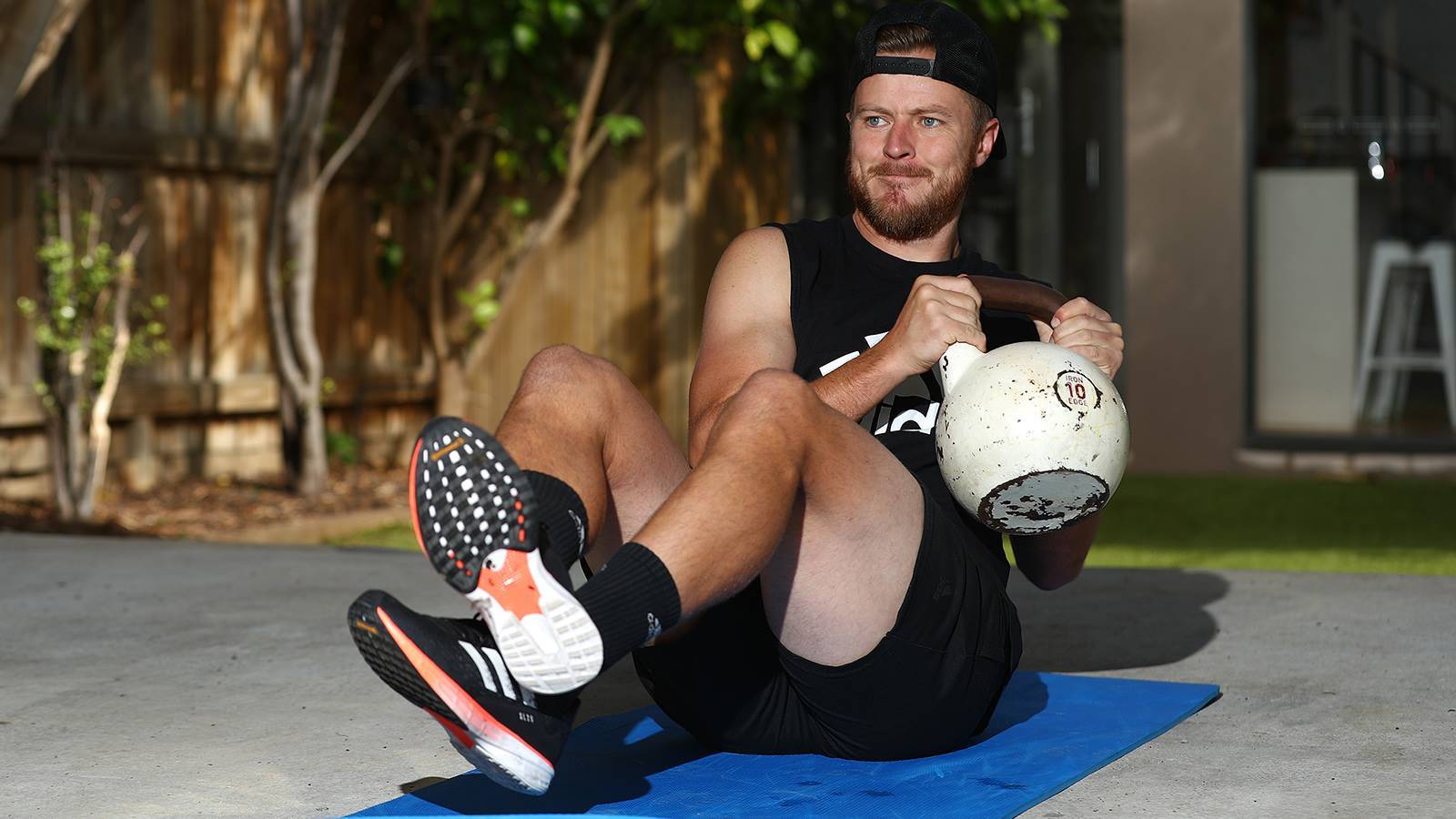 Melbourne City defender Scott Jamieson has been training hard during lockdown, but with a twist.
Read More
FTBL.COM.AU 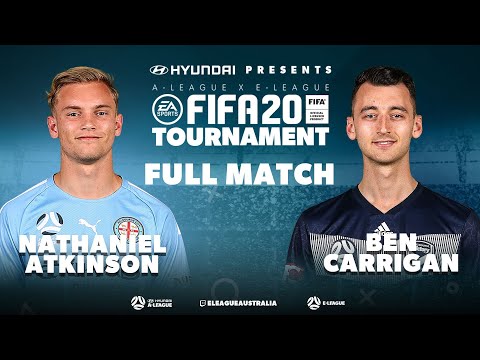